From time to time, we face a situation when we need to define a variable that points to a method or an anonymous function. It could be a part of business logic or some test case from unit tests. C# has a particular type that allows pointing to a specific method with a particular list of parameters and return type. Instead of defining a new delegate type, C # contains build-in generic delegates such as Action and Func. 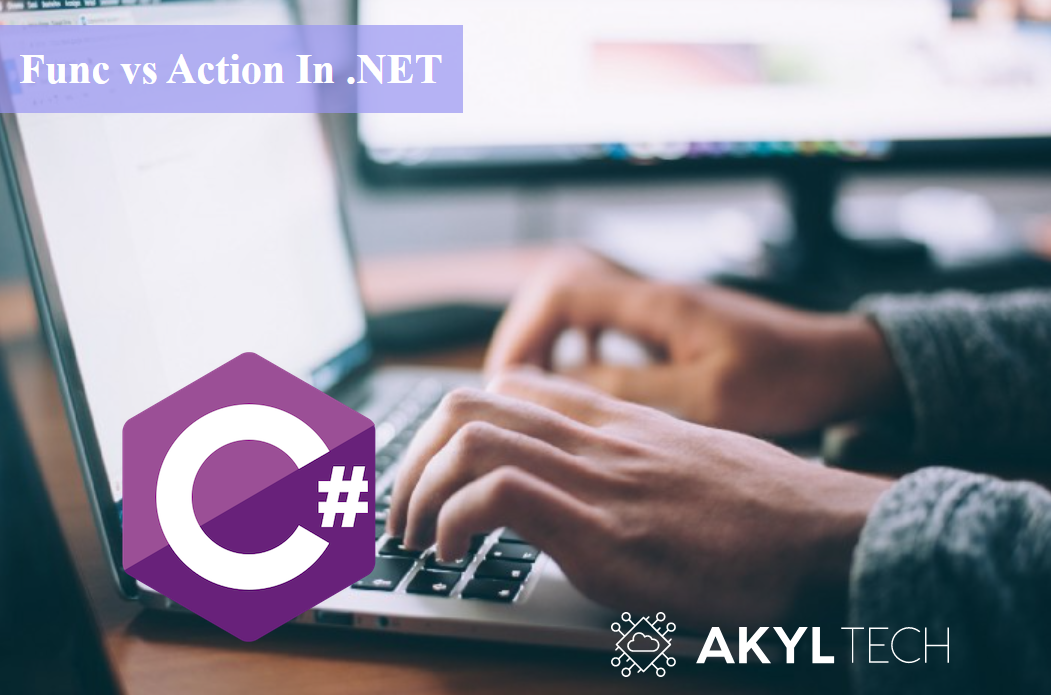 Both Action and Func allow us to create a pointer to an existing method. Let`s clarify the difference between these two classes.

Let`s take a look at how to define Action and use it:

The Action could be initialized with an existing method with the same signature that the Action has. An attempt to assign a method with a different signature causes a compilation error.

When we initialize an Action variable, we can invoke the nested method the same way as we invoke ordinal methods using brackets after the method name, in our case after the variable name.

We intended to use Func the same way as we use Action. Unlike Action, it points to methods with a return value, but they both have in common that they accept up to 16 parameters.

Let`s take a look at Func in code:

As you see, Func and Action declaration and invocation have a lot in common. We can assign lambda expressions to them or use an existing method.

If you are working with asynchronous code, you should use Func

We are not limited in delegate usage; we can store the pointer to some method, invoke that method later or pass the method pointer as a parameter to another method.

Working with .NET, we face a lot of Func usage in Linq methods. Almost all extension methods accept Func<TSource, TValue> delegate as an input parameter.